skip to main | skip to sidebar

The Ithaca Dance Directory is now open to all dance troupes and dance concerns with the Central New York Region of Ithaca / Tompkins County. This means ballet, modern dance, as well as cheerleaders all the way to folkdancing. Its all included.

With this in mind, Mr Christian went on to add to this discovery by likewise creating The Ithaca Fashions Directory, as well as The Ithaca Sports Directory all having the same results.
Posted by Ithaca Night Life, NY at 7:27 AM 1 comment:

A dance schools purpose is to establish a specific core curricula in the various creative disciplines of dance in order to " facilitate " dance clients' full interests in taking dance lessons; and based solely on their rights to self-determination. Moreover, a dance school interests are invested in producing high dance standards, as well as expanding the creative horizons of each client involved. Thus the foundation of a school must never be based upon local political cultures, clicks, or social-political amateur dance associations, IE. The Ithaca Swing Dance Network, or The Salsa Amigos.

Professional dance teachers will never dominate the local social dance floor of his or her dance market of service. Moreover, the professional will never exploit or create local dance venues in-order to sell dance lessons. Dance lessons and market, or political links to dances are sales pressure techniques to produce market territorial controls-often hiding a " con".

Born in Miami Florida 1947. Here within the Caribbean Basin, such as Cuba is where at the age of 8, I started my cultural integration with Latin Dance as part of my cultural experiences. Never the less, it was not until the rise of Fidel Castro, which caused the artistic?elite core of Cuban entertainers - dancers to flee to Miami, that at Miami Springs Junior High School, both Latin Dance and Lindy Hop-or what we called in 1962 as Dan "Z" ing to " Da "Jazz - went into high gear within this school's social sphere. Along with the future University of Miami All American, Ted Hendricks, our peer leader,( later on Defensive End with the Baltimore Coats ), both the physical education coaches ( IE. Coach Friday )-who taught the Lindy Hop, and Latin dancing, taught by the flood of in coming Cuban students made dramatic social and artistic impact upon us all. The energy was awesome. Also, at the same time, I attended Miami Springs Dance Academy and learned more. As a result: " Roger Christian was an established and remarkable dancer before the age of 12. " Reference Coach Friday, November 2002.

Critical all Masters of Dance Must Have Two Years of Classical Ballet.

Note:
Bronze Level is a B.A. in Social Dancing.
Silver Level is a M.A. or Hobby Dancing.
Gold Level is a Phd. in Dance Excellence-Performance-Competition
International Level is Dance as a Sport Level of Competition.
More is to come..

Dance as service industry begins with two key components: One is the knowledge base necessary to establish a school. Two is dedication to the " Clients' " Rights to Self-Determination. The later being the real difference in both character development and the ability to deliver what the " Individual Client " is looking for.

Choreography was first learned by specific training details within both Arthur Murray and Fred Astaire Dance Studios Systems Dance Teacher Training, especially Fred Astaire's, and this focused on Dance competition sales promotions. This was the beginning back in 1969, and since at other seminars, and most recent with Nationally recognized and successful published Barbara Theusen - Owner of Music in Motion ( R ) several learning processes in creative approaches to choreography are still on-going.

Dance Judging was through The National Federation of Music Club's Dance Division which was encouraged by Dance Master Alfredo Corvino during 1973 to 1974, Buffalo, New York. Then under Sharon Ash of Owego Dance Competitions [ Part of the New York Fair's circut of competitions ] - three years of established dance judging.
Posted by Ithaca Night Life, NY at 9:53 AM No comments: 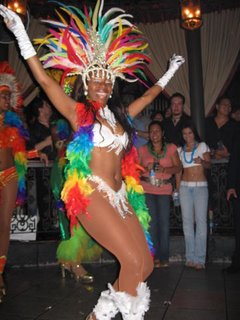 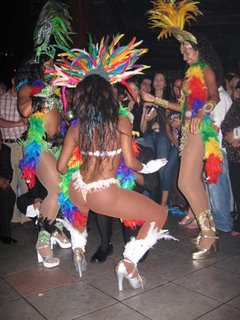 Posted by Ithaca Night Life, NY at 3:29 PM No comments:

Salsa is the Music and Latin Dance is What you do to it.

Salsa is the Music and Latin dance is what you do to it.

The following will be pointing this out.
Posted by Ithaca Night Life, NY at 11:39 AM No comments:

In Ithaca, New York Latin Dance is Number One